Transformers is a series of American science fiction action films based on the toys created by Hasbro and Tomy. Michael Bay has directed the first five films – Transformers (2007), Revenge of the Fallen (2009), Dark of the Moon (2011) and Age of Extinction (2014) . We have come a long way since Shia LaBeouf introduced us to the world of Transformers. The fourth Transformers movie Transformers: Age of Extinction takes us to a different level. The only thing that remained constant from the first movie is that Michael Bay is still directing the franchise. Replacing Shia with Mark
Read More
Posted  on February 25, 2016 1

WooCommerce provides billing and shipping fields in checkout page. We often need to add new fields in billing address, shipping address and in additional fields. WC Checkout Fields Editor WordPress Plugin meets all of the above requirements to manage your site’s checkout page beautifully. You can easily manage billing address, shipping address and additional fields using this plugin. Using WC Checkout Fields Editor Plugin, You can easily manage existing billing and shipping fields. Also You can add new billing/shipping fields
Read More
Posted  on March 14, 2016 1
This is a demo sidebar area for a better showcase of blog. This thing will not be bundled with the plugin. 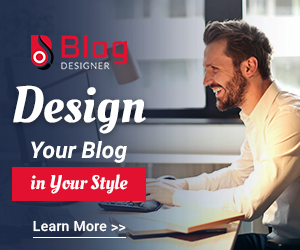 Get Blog Designer latest updates and freebies in your inbox directly.